The Friends of Erskineville recently re-affirmed its support for the Erko Rd Community Garden and Composting and opposes any development on the site.

In 2010 we commissioned a soil study (here) which concluded that the site was well-suited to community gardening.

After recent criticisms on social media, Friends of Erskineville member and community gardener Julie Moffat has written this piece to help explain the background to the issue.

I would like to offer some comments on the recent post about what is referred to as Erko Rd Community Gardening & Composting.

It is Council land & was vacant since the 1970s, when land was being acquired for road widening but the plan was shelved. As vacant and unused land the nearby neighbours wanted to make use of the land, but Council did not support. This was around 2008 some time. The fencing and gates were in place then, vacant land fenced off and not accessible. To make use of this land was always about keeping the land as green space, open for everybody, and not be developed, which would mean loss of another green space in Erko.

I see now from comments that many people see it as some sort of exclusive space, gated & locked, with hardly ever anyone there. Council staff acknowledge we have been there, & the Community Garden Volunteer Coordinator (City Greening & Leisure) has contacted me regularly since 2012 for onsite meetings. It started as once a month & dwindled to a couple of times a year, & this year just before lockdown we met Jenny Kent the new coordinator. I do wonder now if anyone has called Council to enquire about being involved, & what Council staff’s response has been? The gates needed to stay there & closed, because if there was an incident or injury, who would be responsible? There is the chain draped over to keep them closed but they are not locked.

The Green Ban Parks were also once slated for sale & development, a St Vincent De Paul hostel. Community protested long & hard to keep the spaces open for community green space. The protest was not about opposing a hostel it was about retaining open space for the community. See attached below an old 1993 document (link also here).

Michael Mobbs’ story of the Chippendale Peace Park on Friends of Erskineville’s facebook page is also worth reading.

The Erko road site has 2 mature trees, one is a eucalypt. The site provides an urban corridor. As a Wires volunteer & with wildlife in care, I have become more acutely aware of how much habitat in our city is being lost, & the impact displacing our native wildlife. Many majestic native trees being felled for mulch, important canopy for everyone & a resource & habitat for native wildlife. Council have Urban ecologists & yet they have no connection with wildlife groups, (Wires, Sydney Wildlife) regarding tree choices for planting, foliage as a resource (not just for mulching!). Our wildlife need large mature native trees for habitat, & not to be destroyed and replaced with saplings that are non native species like ornamental maples. Our wildlife are also very efficient pollinators. Rooftop gardens do not provide their resource & habitat needs, & our wildlife deserves more understanding & support. 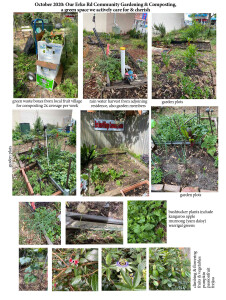 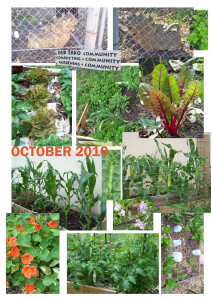 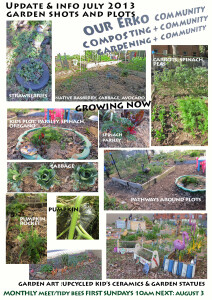 No Replies to "Support for Erko Rd Community Garden"